Political Science Classes in the Library of Congress Classification System

You can also use the Library of Congress (LC) Classification to browse shelves online by using a search of Call Numbers in the SHARC system. Click on the book below to see which section is relevant: 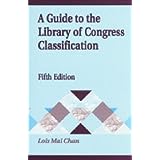 Special thanks to Danya Leebow, Gould Library, Carleton College for some of this content.

Reference Books Online at the Mount