Christopher Marlowe was born the son of a prosperous shoemaker in Canterbury, England, and was baptized on February 26, 1564, but his actual date of birth is unknown.  He received his early education at the King's School in Canterbury and was later awarded a scholarship to study at Corpus Christi College, Cambridge.  Scholars recognize Marlowe as the first English dramatist to reveal the full potential of blank verse poetry, and as one who made significant advances in the genre of English tragedy through keen examinations of Renaissance morality.  Marlowe wrote during the Elizabethan period, a time of change and uncertainty.  The spirit of the age was marked by both the Renaissance and the Reformation.  This was a time when society had begun to free itself from medieval institutions and to celebrate the ascendancy of the individual.  Marlowe witnessed these developments first-hand and began to explore the potential consequences of this newfound freedom.  The dangers of excessive ambition and the apparent compulsion to strive for more than one already has, forms a major theme in Marlowe's plays.  Although his achievements have been generally overshadowed by his exact contemporary, William Shakespeare, many critics contend that had he not died young, Marlowe's reputation would certainly have rivaled that of the more famous playwright.

The Many Faces of Barabas, the Jew of Malta 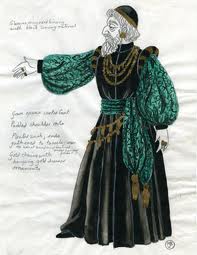 As portrayed by F. Murray Abraham in the 2007 Theatre for a New Audience Production 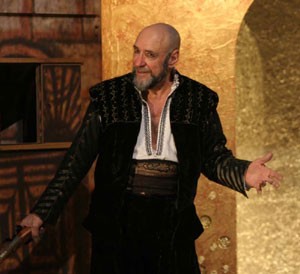 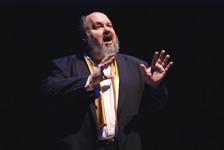 Review in "The Guardian" of this new version of the play