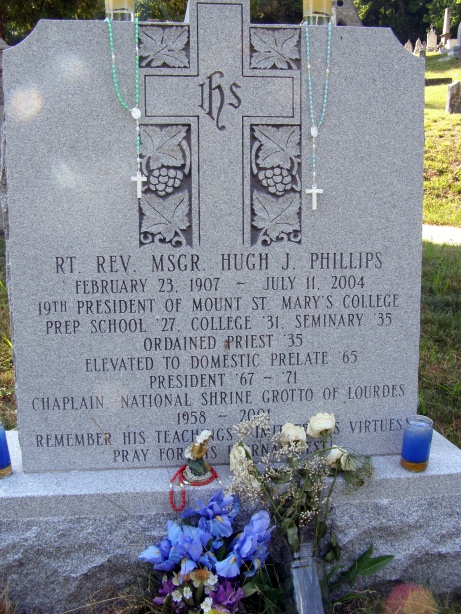 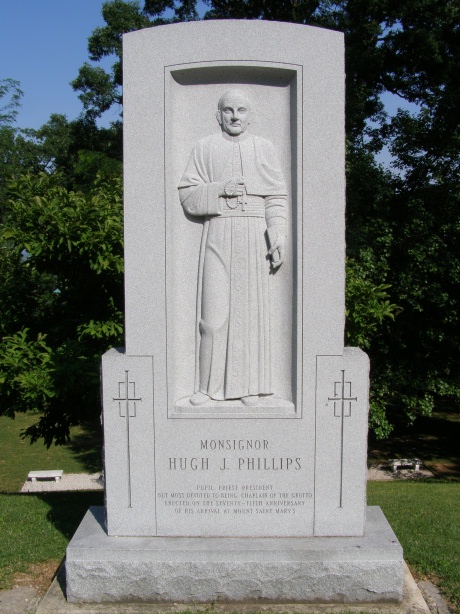 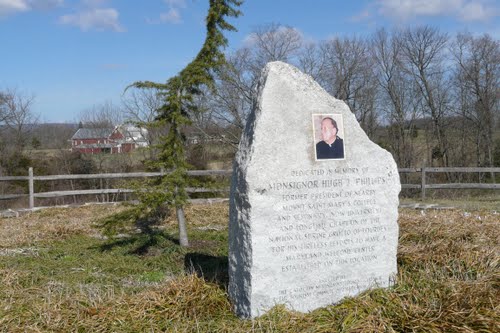 The Tourism Council of Frederick County (TCFC) and the preexisting Catoctin Mountains Tourist Council (CMTC) have erected a memorial at the Mason & Dixon Discovery Center on US15 recognizing the leadership of the late Monsignor Hugh J. Phillips in establishing the original Maryland Welcome Center on US15 in 1982.  Msgr. Phillips was a former president of Mount Saint Mary's and longtime chaplain of the National Shrine Grotto of Lourdes, which he restored as a major attraction for visitors from around the world.  He was a great champion of early Frederick County tourism efforts.