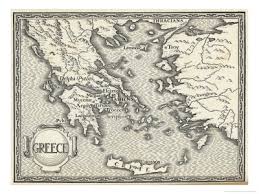 The civilization of ancient Greece flowered more than 2500 years ago but it influences the way we live today. Greece is a peninsula in southeastern Europe. The people of the region attempted to explain the world through the laws of nature. They made important discoveries in science. They developed democracy, where people govern themselves rather than being ruled by a king. The Greeks also valued beauty and imagination. They wrote many stories and plays that continue to be performed today. The ancient Greeks developed a great deal of what we take for granted. This is why Greece is often known as the Cradle of Western Civilization.

Follow the tabs above to discover more about the different facets of life in ancient Greece. You will be able to find resources, primary and secondary in different formats: print, electronic and media. Enjoy!