Board Games: Settlers of Catan 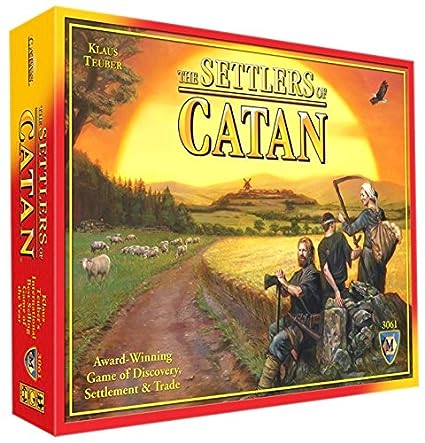 There are many versions of this game.  The closest to the description for this game is below.