Cardinal John Henry Newman sent this note of thanks to Father John O'Brien, a member of Mount St. Mary's Seminary faculty, in 1879. 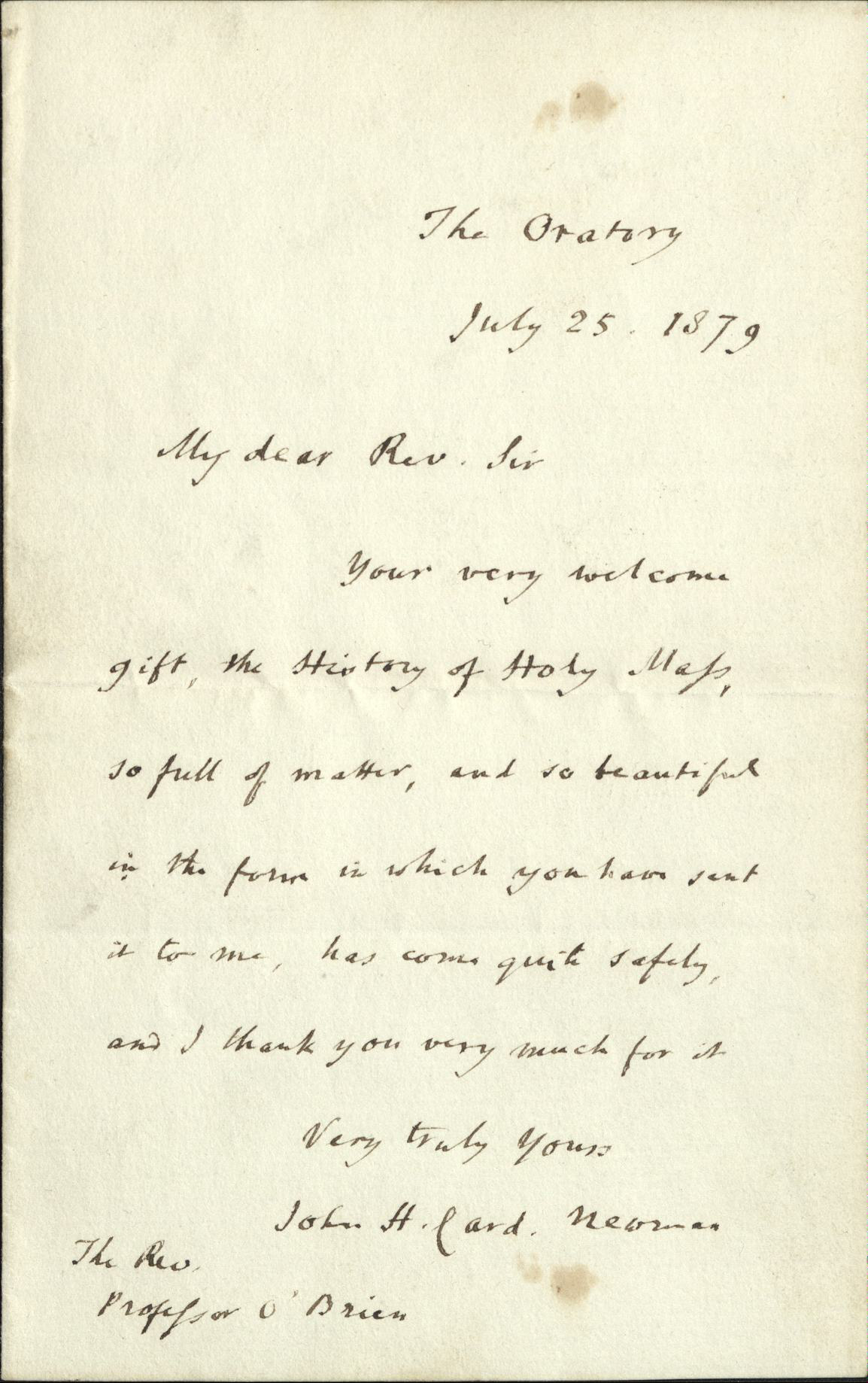 Father O'Brien was born in Ireland but graduated from the Mount's prep school, college and seminary.

O'Brien had apparently sent the cardinal a copy of his newly published A history of the Mass and its ceremonies in the Eastern and Western church.

The Phillips Library at Mount St. Mary's currently holds the second edition of Father O'Brien's highly regarded history, along with a German translation dating from 1881. 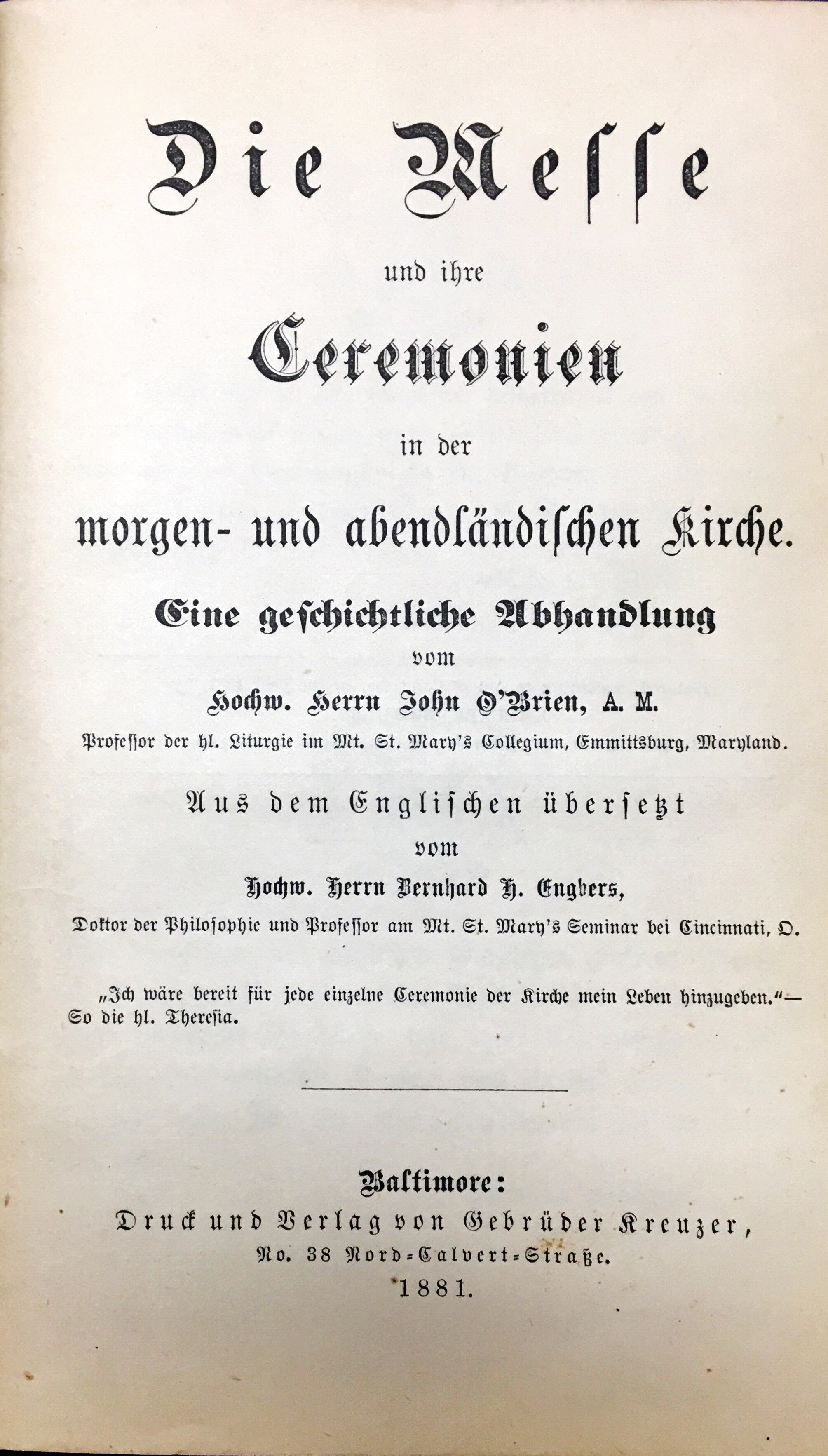 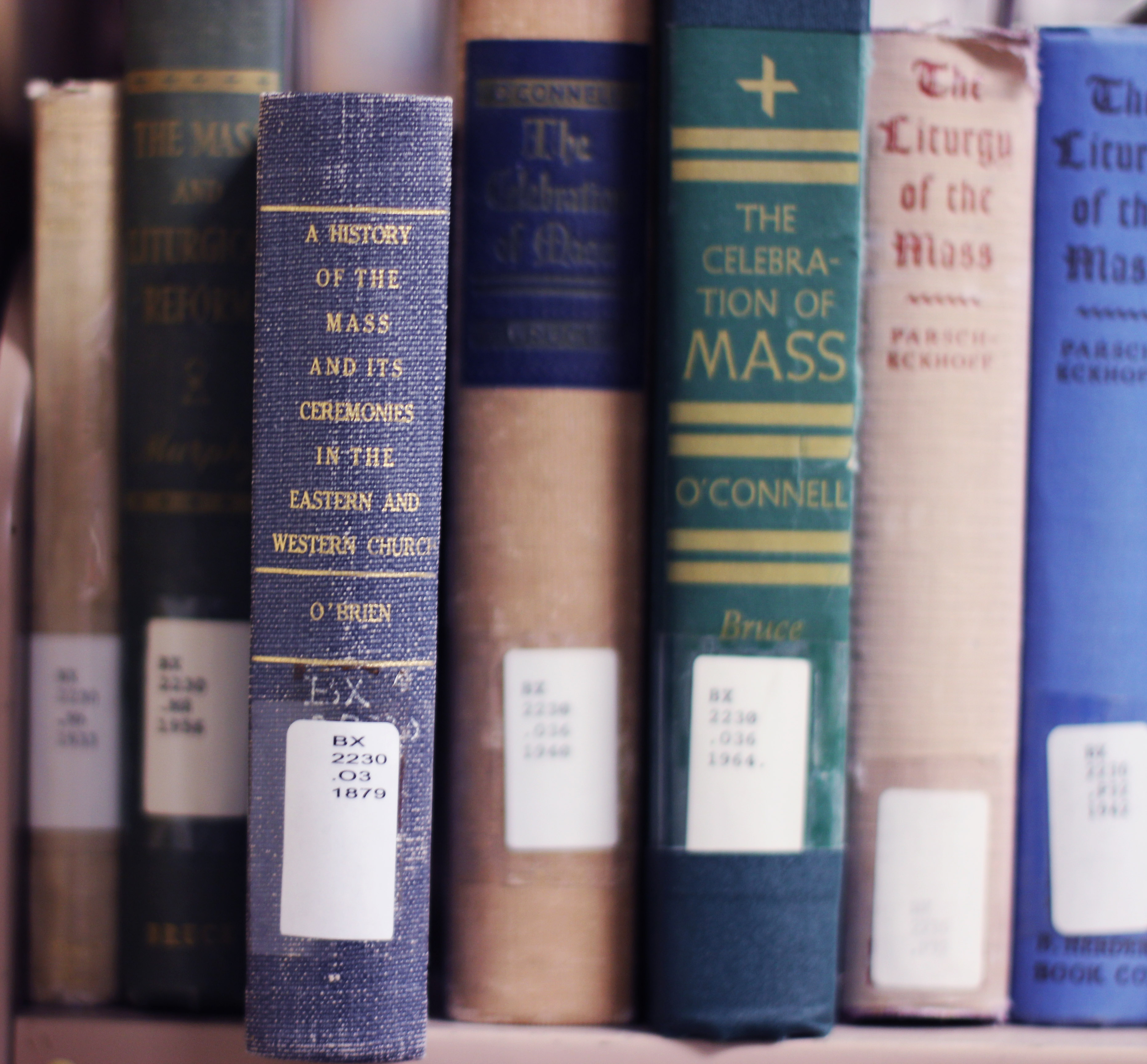 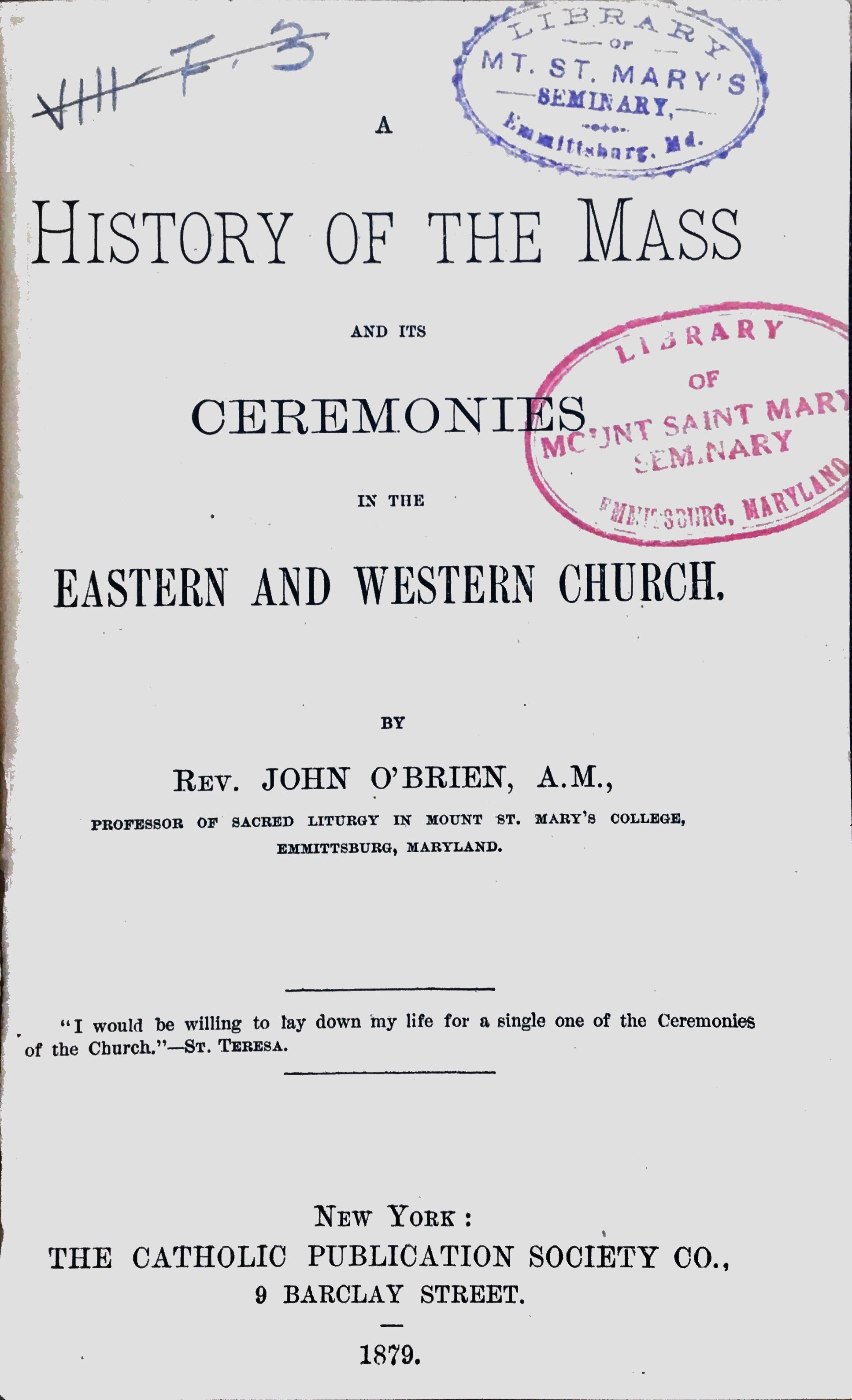