This is a selective guide to some of the many resources available for Shakespeare Studies. This page will be your gateway to books, journal articles, video, and web resources. If you have any problems, just click on the Get Help tab above, email me, or stop by my office. I'm here to help!

Maryland Institute of Technology (MITH) is pleased to report the launching of the Shakespeare Quartos Archive by the Folger Shakespeare Library in Washington DC and the Bodleian Library at the University of Oxford. Funded by a JISC/ NEH Transatlantic Digitization Collaboration Grant, The Shakespeare Quartos Archive provides access to the early rare quarto editions of William Shakespeare’s Hamlet, a collection that in its physical form is distributed among six geographically distant institutions. In addition to providing unprecedented access, the archive promotes scholarship by enabling users to perform side-by-side text comparisons and full text searches as well as create and affix annotations and tags to content that can be stored for future reference and shared with other users. The Shakespeare Quartos Archive is the result of a cross-Atlantic collaboration between the Maryland Institute of Technology and the six institutions housing these rare holdings.

Hamlet: Then and Now 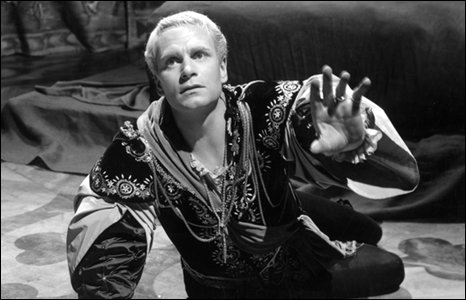 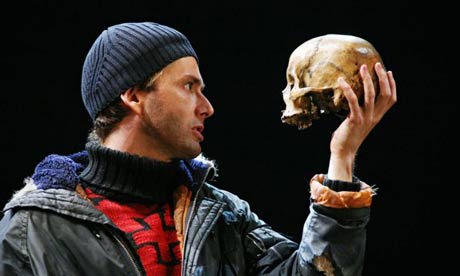 David Tennant in the 2008 production of Hamlet directed by Greg Doran for the Royal Shakespeare Company.

Theatrical performances of Shakespeare's plays are unique and ephemeral experiences for the lucky few in the audience.  However, versions of Shakespeare's plays are often filmed and preserved for posterity either as filmed stage performances or cinematic adaptations of the plays.  The Phillips Library has a collection of videos including Shakespearean performances and documentaries.  The series by BBC Television in association with Time-Life is housed in  the Library  and is cataloged by the individual titles.

Check the “Shakespeare on Film” page in this guide for links to locating Shakespeare's works on film.

The Finding Shakespeare Blog was created by the Collections team at the Shakespeare Birthplace Trust in Stratford-upon-Avon in an effort to create digital stories which will highlight the fabulous collection of material they have on Shakespeare's life, work, and times.  Add the blog to your RSS feed so you will be up-to-date on their newest stories!

Shakespearean Insult Generator: His creative mastery of the slur  is a true work of art.  Share his wicked wit by issuing insults in style.  Generate your heart out!  (Adapted for the Web by Chris Seidel).