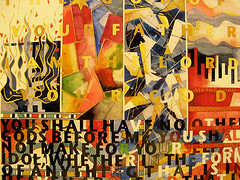 The Saint John's Bible is a fifteen year collaboration of scripture scholars and theologians at Saint John's Abbey and University in Collegeville, Minnesota, and a team of artists and calligraphers at the scriptorium in Wales, United Kingdom.  The project was directed by Donald Jackson, one of the world's foremost calligraphers and Senior Scribe to Her Majesty Queen Elizabeth's Crown Office at the House of Lords.

Written and drawn entirely by hand using quills and paints hand-ground from precious minerals and stones such as lapis lazuli, malachite, silver, and 24-karat gold, The Saint John's Bible celebrates the tradition of medieval manuscripts while embracing 21st century technology to facilitate the design process and collaboration between Saint John's in Collegeville and the scriptorium in Wales.

A team of artists in Wales and a team of scholars in Central Minnesota have brought together the ancient techniques of calligraphy and illumination with an ecumenical Christian approach to the Bible rooted in Benedictine spirituality. The result is a living document and a monumental achievement.

Mount St. Mary's Seminary recently recieved a copy (multiple volumes) of The Heritage Edition of The Saint John’s Bible.  This beautiful limited edition is a fine art reproduction of the original hand scribed Saint John's Bible and is a treasure for our University. It is now on display in the Phillips Library.

The Heritage Edition is the full-size fine art reproduction of the original. Each volume is signed by the chief scribe and illuminator, Donald Jackson. The edition is limited to 300 signed and numbered sets and contains the same seven volumes as the original. Many of the illuminations are touched-up by hand, including the burnishing of gold leaf.

The St. John’s Bible was presented to the Seminary at Mount St. Mary's by The Most Reverend Harry J. Flynn, S’60, Archbishop Emeritus of Saint Paul and Minneapolis.

Archbishop Flynn served the Seminary from 1965-79 as a faculty member, Dean, Vice Rector and Rector.  He also served as a Trustee Emeritus of the Mount’s Board of Trustees. 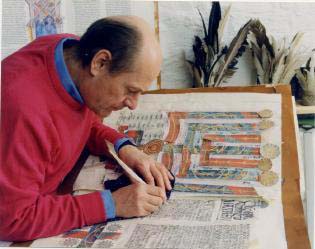 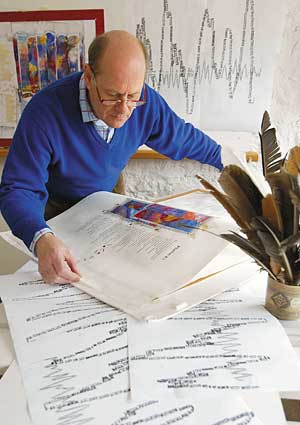 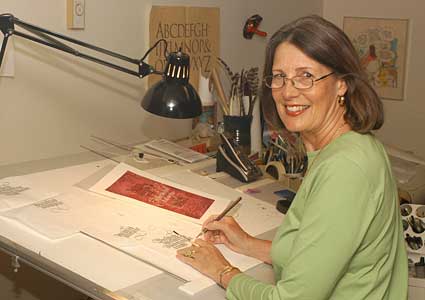 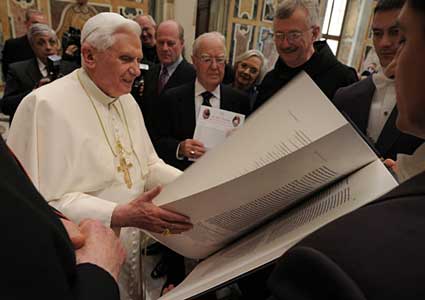 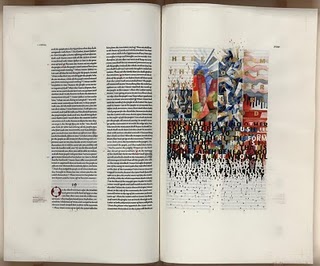