Use the resources on this page to locate original, primary sources related to Native American history. 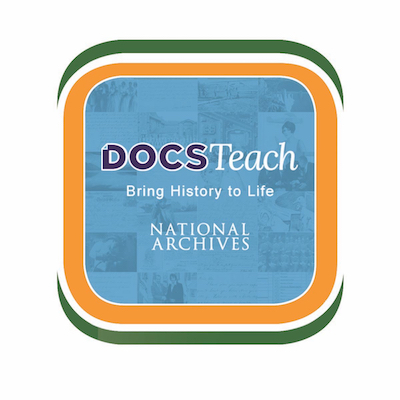 The billions of historical documents and other materials housed at the National Archives throughout the country include information relating to American Indians from the 18th through the 21st century. The National Archives preserves and makes available the documents created by Federal agencies in the course of their daily business. The documents we hold related to American Indians reflect their interaction with the U.S. Government. Learn how to locate even more of these important historical records in our Native Communities Program.

The Duke Collection of American Indian Oral History online provides access to typescripts of interviews (1967-1972) conducted with hundreds of Indians in Oklahoma regarding the histories and cultures of their respective nations and tribes. Related are accounts of Indian ceremonies, customs, social conditions, philosophies, and standards of living. Members of every tribe resident in Oklahoma were interviewed. The collection includes the original tapes on which the interviews were recorded, as well as microfiche copies of the typescripts. The digital representation of the typescripts are organized by tribe but may be searched by interviewee, by interviewer, by tape number, or by keyword searching of the full-text of the transcript.

Digitized Native American newspapers available in full-text from teh Library of Congress.

American Historical Periodicals offers a documentary history of the American people from the Colonial Era into the twentieth century, presenting North American thought, culture, and society through a variety of perspectives. Focused on American concerns, they were predominantly published in the US or Canada, though some were published overseas by Americans living abroad. From long-running publications to ephemeral titles, each periodical offers a cross section of the developing United States. 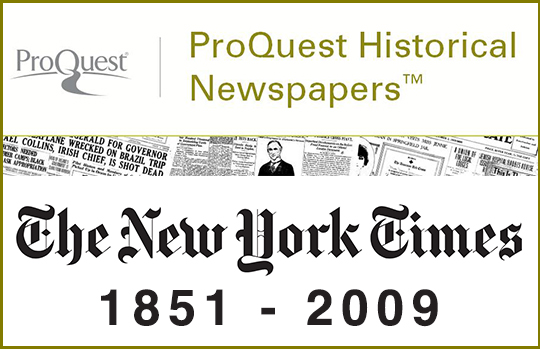 This historical newspaper provides genealogists, researchers and scholars with online, easily-searchable first-hand accounts and unparalleled coverage of the politics, society and events of the time. The Historical New York Times with Index (1851-1993) provides search capability using subject terms and topics for focused and targeted results in combination with searchable full text, full page, and article-level images from the Historical New York Times.